A beautiful summer day sometime in 1998

A beautiful summer day sometime in 1998. I can hear the sounds of family in the back garden enjoying a BBQ. The blinds in my room are pulled tight to prevent any glare on my small CRT TV.

My mum shouts me again for the third time to “get off my computer and get outside!”. Naturally, I ignore this again; after all I have far more important things going off.

I’m halfway through the fight with Yawn when my Mum eventually loses her patience and pretty much drags me out the room; grabbing me by the arm and turning my PlayStation off at the wall in one swift movement. It’s been around 18 year since this fateful day, and if I’m honest; I still haven’t quite forgiven my mum for it. After all it was my first play through of Resident Evil and I’m sure I was really close to beating Yawn! 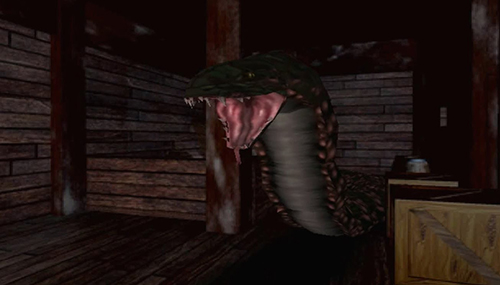 I was introduced to the world of Resident Evil when I was around 8 or 9 years old. At this point in my life, I very rarely picked up gaming magazines and most the information I found out about games was by word of mouth in the playground or by drooling over titles in video game stores. Back then, I hadn’t heard of Resident Evil or even horror games for that point. Little did I know that from this age onwards I would end up spending so much of my life playing, reading, watching, listening and collecting things related to this game.

I had gone round to a friend’s house one night afterschool. We lived around the corner from each other and spent most evenings playing football or riding our bikes around the area. For whatever reason we went back to my friend’s house this night and decided to play a bit of PlayStation. I’ve since lost touch with this childhood friend and never had a chance to ask him where he got his games from but he had a lot. This kid had everything he shouldn’t have. He had GTA, Duke Nukem, Doom and of course Resident Evil. I don’t know if these were games he chose himself or maybe his dad picked up for him. All I do know is these games, at the time, weren’t for kids; and that just made them so much more appealing, we knew we were playing something we weren’t supposed to.

We worked our way through the pile of games he had on his shelves and decided upon Resident Evil. This was more my choice than his, he didn’t really want to play it as he said it was too hard. I don’t know why but this really appealed to me at the time, I guess I wanted to show him it wasn’t hard, he was just rubbish at video games and I was better than him! I was wrong. It was hard. I died. A lot. 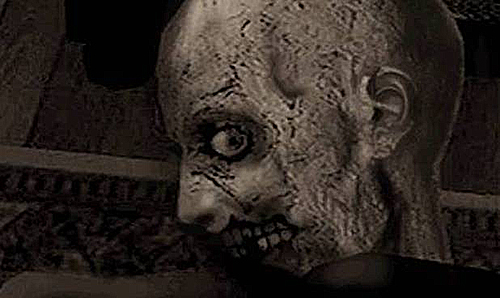 Despite my many, many deaths at the hands of the now infamous “first zombie” I kept going back for more. I loved the mystery of it all. The intro to the game featured gore and horror, much worse than I was used to, particularly in a video game. Today it’s often laughed and mocked but at the time I just enjoyed it, nothing more nothing less. It was cool.

Eventually I convinced my friend to let me borrow the game (despite him disliking it when I first played it with him he didn’t seem too keen to lend it to me at first) for a while and that’s where I really began to fall in love with the title.

I Loved everything about it. It was so different to anything I had played before. There were no lives or on screen displays, no levels to choose from or obvious objectives. It was a huge change to the Bandicootesque titles I was used to playing. It didn’t seem so straight forward. It was new and fresh; and at that time in my life, importantly it wasn’t for kids. It was the first time a game had really jumped out at me as having a real atmosphere. Before it I had often enjoyed levels in games or liked the scenery, but nothing else I had played before really sucked me in so much. The story, the music, the characters, the gore. All of it. I really was hooked. 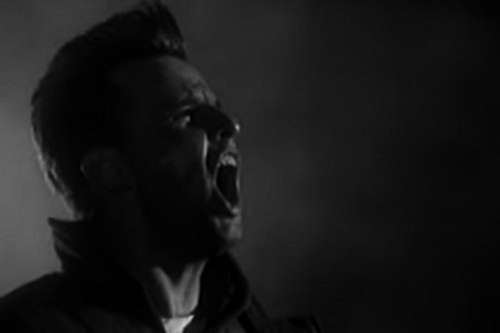 I remember from that point on rushing home from school to play it just that little bit more. Shut away in my bedroom almost hiding this game from my parents. They didn’t know what it was or that I had it, if they ever came in the room id simply get the inventory up to hide the horrors on screen. Sometimes I’d end up spending hours looking for where I needed to go next, giving up and trying again the next day. As boring as this can sound, I actually really enjoyed it, taking in all the stunning backgrounds and finding even the littlest new secret or item felt amazing. The level of detail in the game and the amount of items you could interact with me amazed me. Some of the puzzles may seem easy today, but at that age I really struggled figuring out where to go or what to do a lot of the time, I did a lot backtracking. At the time it made the game seem huge but I realise now a lot of its size was artificial due to all the back and forth I did. For me, this was a real introduction to the adult world of gaming, even if I was a little young. By no means am I condoning letting children play age restricted games, but I would be lying if that wasn’t a large part of its appeal to me.

Eventually it came time to give my friend the game back. I can’t quite remember how far I got during my first real play of the game but it was some part of the Guard House section (or as I referred to it at the time the Littler Summer House). I remember being disappointed at having to give the game back without finishing it, but in all honesty I think I moved on and began playing Final Fantasy 7 afterwards, but that’s a story all of its own.

After this first dip into the world of survival horror; it’s safe to say I had a taste for it. I became much more aware of other horror titles coming out. Silent Hill was another title that I took a liking too (initially thanks to the demo included with the UK version of Metal Gear Solid), but as much as I enjoyed it, it just didn’t quite have the same impact on me as Resident Evil did. Part of this I believe is I felt Resident Evil was (boarder line) believable. I know it’s farfetched and is a virtually impossible scenario, but there was a small chance this sort of thing “could” (using that word very loosely!) happen. 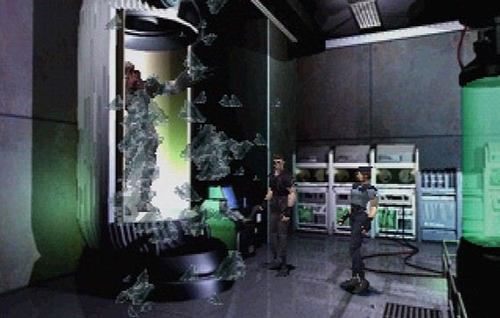 As daft as it sounds, to me a zombie outbreak is the most believable of any classic horror scenario. I don’t believe in ghosts, werewolves or vampires. But a virus that turns humans into zombies…that I could just about believe could happen. While the series has always been fantastical I believe it did stay (and again I’m saying this very loosely!) within the realms of possibility (up until Code Veronica this is, after that the fantastical side took over in my opinion). I believe it was this game that set me up for my enjoyment of the Zombie genre as a whole. I’ve always enjoyed zombie movies of sorts (Romero’s films, 28 series etc.), and later on comics such as The Walking Dead too. I’m giving credit to Resident Evil for laying the groundwork for my enjoyment of these other works. I think this is part of the reason I love the series so much. I’ve enjoyed it for so long now and it has introduced me to such a wide range of other media. Part of my love is nostalgia no question about that. I spent so much time as a child playing and enjoying this game I’m bound to have some sort of rose tinted glasses for it; but that doesn’t mean it’s not a good game. In my opinion it is one of the best games in the series and has created one of the biggest franchises in gaming history.

So that’s my story. My introduction into the world of survival horror. At a glance it looks almost like the ramblings of a man going mad (Itchy, tasty).This is a series which over the years has given me so much, I just wanted to write this, even if nobody reads it. I wanted to reminisce and take note of how and why I got into this series and why it means so much to me today. I wanted to take a step back, look at the collection if Resident Evil items on my shelves and remember where it all began for me. If on the off chance anybody does read this, I would love to know how you were first introduced to the series and what it means to you.